Development and Direction Of HHIM

In November 1993, eight work campers traveled to Port au Prince, Haiti. Port au Prince, Haiti’s capital city, has a population of over two million people. While there, they were exposed to more poverty and hopelessness than any other Third World country they had previously visited.

Our mission was to do much-needed repairs on the House Of Blessings Orphanage. As I, Richard Fields, worked on the orphanage, played with the children, and renewed my friendship with Phil and Lonnie Murphy (the overseers of the orphanage for the last twenty-one years); God began to nudge my heart with the possibility of becoming more involved with the orphanage.

Their building was a two-story structure on a 40’ X 60’ lot. The remainder of the lot was covered with concrete, thus giving the children very little room to develop physically and also thwarting the possibility of training in vital agricultural skills which could help them become self sufficient as adults.

As the week progressed, Phil and Lonnie shared what they felt was God’s plan for the orphanage: to move the orphanage outside the city so the children would have room to play; to develop the land; learn how to grow fruits and vegetables; to teach animal husbandry to the children as well as the people in the village; and also to have a place where they could better teach the children the things of God! This inspired us to pray about what God would have us to do to make this plan materialize.

Soon after we returned to the States, the political turmoil in Haiti increased, the embargo was enacted, and travel to and from Haiti was stopped. These circumstances led us to pray fervently for God to reveal His will concerning the relocation of the orphanage.

At this time, some of us continued to carry a burden for the Haitian people, for the orphanage, and for work that the Murphys were doing there. A few individuals gathered together, praying to seek God’s guidance for how we may be able to help. After much prayer, we felt the Lord had given us insight with ways in which to be of service for Him; thus, “Helping Hands Ministries” was born, in particular to help the Murphys and the House Of Blessings Orphanage.

When things began to settle in Haiti, God began to open windows of opportunity, showing us that the time to move was now! As I shared what we wanted to do in Haiti, some people donated financial support, talents, and much prayer support. Soon, we had volunteers working out the legalities, drawing plans for the building and several thousand dollars was given toward the project.

In dialogue with other individuals and lawyers we found that the quickest way we would be able to help the Murphy’s and give others the opportunity to support them, while receiving tax credit, was to become a ministry of an already established organization. One of the individuals that helped in the formation of this ministry was Barry Shick, pastor of Spirit Lake Community Church in Winter Haven, Florida. He shared this idea with his Board of Elders and they voted to make this ministry a part of their ministry, to get things moving immediately.

With this ministry being a part of the Spirit Lake Community Church, their Board of Elders served as our Board of Directors. We gave monthly accounts of our financial affairs to them, and were available to answer any questions that they had.

We operated under this system as we continued to pray for God to show us if He wanted this ministry to move forward. After a year or so, the church board suggested that the ministry start the process to become an entity of its own. Then the process began of becoming a non-profit organization. We had to go through a name change, for Helping Hands Ministry, was assigned to another ministry. Thus, Helping Hands In Motion Inc. (HHIM) came to be, and as of April 1, 1997, we have been a non-profit organization.

In January of 1998, Richard Fields traveled with eleven other pastors and leaders to northeastern India, Bangladesh and surrounding areas. There we saw first hand that every day thousands go into a Christless eternity. We were, and are, burdened by the fact that many worship false gods and have never heard of Jesus Christ. We were made aware of how resistant the Hindus and Muslims are to the Gospel. In the mist of all of this, we met two key national leaders, anointed men of God, who are making a difference in Northeast India and surrounding areas, whose identities we must shield for them and their families protection. Rev P. had 36 churches to oversee but has a vision to reach 740,000,000 North Indians for Christ. Rev B. oversaw 30 churches in areas of North India and Bhutan.

In 2000 the Leaders of Shillong, an area in Northeastern India, held evangelistic meetings with a team from the United States as Guest Speakers. They invited the national pastors from all surrounding areas: India, Nepal, Bangladesh, and Bhutan. HHIM organized and planned this trip to form a team of 12 pastors and leaders from various states, to go to India to share the good news of Jesus Christ with people of that nation for these services. Our desire was also to expose this team to the vast needs in India and to challenge them to see how we can impact and make a difference in these areas of the world. While there, each person on the team met with national pastors from all over the West Bengal area and taught them Biblical perspectives to help them be better pastors and preachers.

From the time we arrived in Bangladesh, as we travel in India, up until the time we returned home, we were being introduced to individuals that were actively involved in winning cultic people to Christ. These people would share their heart with us as to how they were sharing the gospel with Muslims, Buddhist, and Islamic and other cults with Heaven sent results. However, they ask us not to share their names in fear their families lives could be in danger if someone in opposition of Christ would be notified of what they were doing.

As we spent time with the people of India God blended our hearts together. As they shared stories of their lives, the scriptures were brought to life… right before our eyes. Many of them shared stories of how they had been persecuted and rejected, even by their own families for the Gospel of Jesus Christ. And as they would go through these times of persecutions, how they count it a privilege to go through some of what Jesus and His disciples went through.

With the ministry in India and Bangladesh being on the other side of the world and the government not allowing ANY missionaries from any other countries, we rely heavily on national missionaries. Nationals are the most effective way of getting of Gospel to many areas of the world. The nationals we have been working with have been able to take the Gospel to places that we, United States missionaries, would never have an opportunity to reach or to be understood in. To share just a few, they have taken the gospel into the Himalayas, Nepal, Tibet, Bhutan and many other areas we aren’t even aware of their existence. Pray for these nationals as they are persecuted for the Gospel. Many times they lose their lives for the Gospel, just for sharing Jesus!

This is a new ministry and it has been very exciting to see how God has used us in ministry. It is going to be very thrilling to see what God has in store for us as we seek His will and direction! It seems as others are told about Helping Hands In Motion (HHIM), doors are opened for further ministry in the area of missions. Pray for us as we seek Gods direction in these areas. We will let you know if they materialize for ministry.

Thank You for taking the time to be more informed about Helping Hands In Motion, (HHIM). If there are any further questions that you may have, feel free to call and ask. We do covet your prayers as we continually seek the Lords direction for this new ministry. Blessings!

Together In His Service, 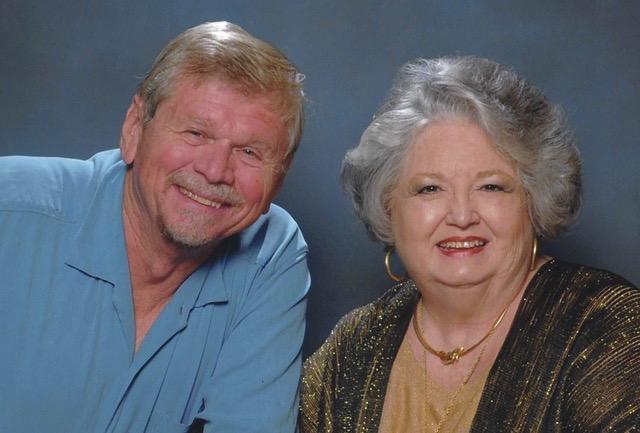